When Hurricane Harvey hit southeast Texas in August 2017, the devastation was widespread. The hurricane left many people without food, water, shelter, electricity, and more. As the region continued to get pounded with rain, flooding ensued, and thousands of people had to evacuate or risk being stranded indefinitely in a home that was uninhabitable and unreachable. As people in the region fled their homes, many Houstonians made their way to the NRG Center, which the Federal Emergency Management Agency set up as a shelter.

The NRG Center provided shelter for about 10,000 people – the size of a small town – and they needed access to life’s basic necessities, especially food. Keith Sullins, who owns multiple Papa John’s franchises in Houston, including concession stands at NRG, decided to donate pizzas to people who were sheltering at NRG. Sullins knew he already had the ingredients and equipment on hand (multiple events were scheduled at NRG before the hurricane prompted events to be cancelled), but he needed people to work the stands.

The H.E.A.R.T. Program helps adults with intellectual and developmental disabilities (trainees) in Houston achieve their employment potential. For the past few years, H.E.A.R.T. Program trainees had been operating concession stands at NRG. The trainees primarily operated concession stands for Papa John’s, making pizzas from scratch in the kitchen. Brian Gaspard, Vice President of Non-Traditional Operations for Papa John’s (which includes operations at NRG), reached out to H.E.A.R.T. to see if they could help. “After all, nobody makes a pizza like H.E.A.R.T.,” said Gaspard. Staff and trainees at H.E.A.R.T. were excited to have an opportunity to give back during the disaster and accepted Gaspard’s invitation.

H.E.A.R.T. trainees spent the next three nights operating Papa John’s stands at NRG, serving warm pizzas free of charge to evacuees. Trainees did everything involved with making the pizzas and operating the stand. They prepared the dough, combined the ingredients, and cooked and boxed the pizzas. They did everything they usually do when they operate a Papa John’s stand during an event, except, of course, for operating the cash register. Trainees made 1,000 pizzas each night for a total of 3,000 pizzas over the course of the three nights.

Before Gaspard decided to get involved in the shelter efforts at NRG, he had been using his boat to rescue people in the area who were stranded in their flooded homes. Some people regarded Gaspard’s actions as heroic. After having an opportunity to give back to people in his community during a time of need, H.E.A.R.T. trainee Bradley said to Gaspard, “Thanks for letting me be a hero, too.” 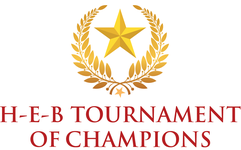